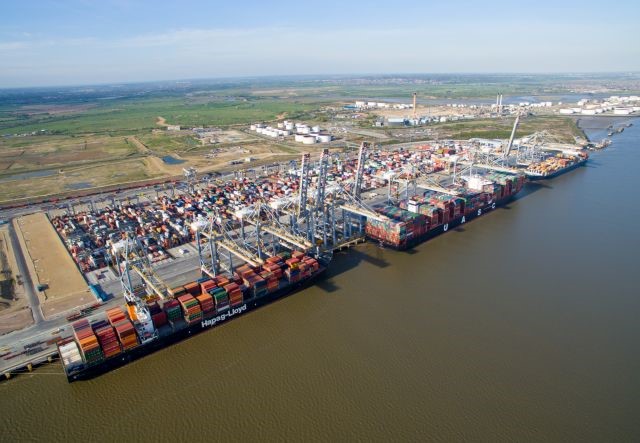 Both ports, sometimes cited as unsuccessful port development projects, are on a slower
development path than initially foreseen but now seem to have developed the critical mass for
further growth. And they have managed to grow in complicated market environments.

This is in sharp contrast to a previous ‘newcomer’, Zeebrugge, that also managed to attract
substantial volumes – over 2m teu – when capacity in the region was tight, but has suffered from a
sharp decline of volumes in the past five years.

JadeWeserPort opened in 2012, was virtually empty for the first two years, handled little under
500,000 teu in 2016 and then roughly doubled volumes in first half of 2017. While this is still short of
the 2.7m teu capacity of the terminal, such a yearly volume is above the minimum threshold for
attracting feeder and hinterland services.

The development of London Gateway also has been a bit of an uphill battle. The terminal opened in
2013 and volumes in 2016 were around 700,000 teu, albeit that the agreement with THE Alliance in
2017 does promise significant volume growth. The London Gateway logistics park also attracted new
companies in 2017, but growth here has also been slower than initially predicted.

The capacity of the fully developed London Gateway is around 3.5m teu; such volumes require a
further increase of London Gateway’s market share of UK South East traffic from the current 10% to
around 30%-40%, assuming moderate growth in total UK South East volumes. Investments being
made in other UK ports, including Tilbury, mean that an increase of that scale will not come easy.

The initially slow development coupled with the active strategies of the terminal operators on
logistics activities and landside and feeder connectivity prove that a port can be regarded as a
platform where scale economies and critical mass are highly relevant for competitiveness.

Both projects also confirm that port development is a long game with significant uncertainty as well
as dependence on supportive government policies. In Germany, these have been in the form of
infrastructure investments and in administrative processes, while in the UK, these have been for
customs and permissions.